The Arts Centre is a place for the community to CREATE, CONNECT, AND EXPLORE.  Offering arts education for all ages and abilities, individuals and groups have the opportunity to create and explore in a wide variety of artistic mediums including pottery, printmaking, painting, drawing, glass arts, fibre arts, digital arts, and so much more.  Our specialist studios for clay, glass, and printmaking are equipped with professional tools and equipment that members can access on a drop-in basis. This allows for connection with other artists and the dedicated time and space for artists to hone their skills and work on their craft.  Additional studio space is available for painters, fibre artists, and arts and culture groups that require meeting space. The Arts Centre also runs programs that cater to local school groups, corporate agencies, and those living with diverse abilities.

VCAC’s Art Shop and Centre Gallery showcases the work of local artists, and visitors are encouraged to drop in, look around and do a little shopping. Throughout the year we host a number of exhibits and events, including a huge winter artisan market, known as Artsolutely.  Be sure to check it out! 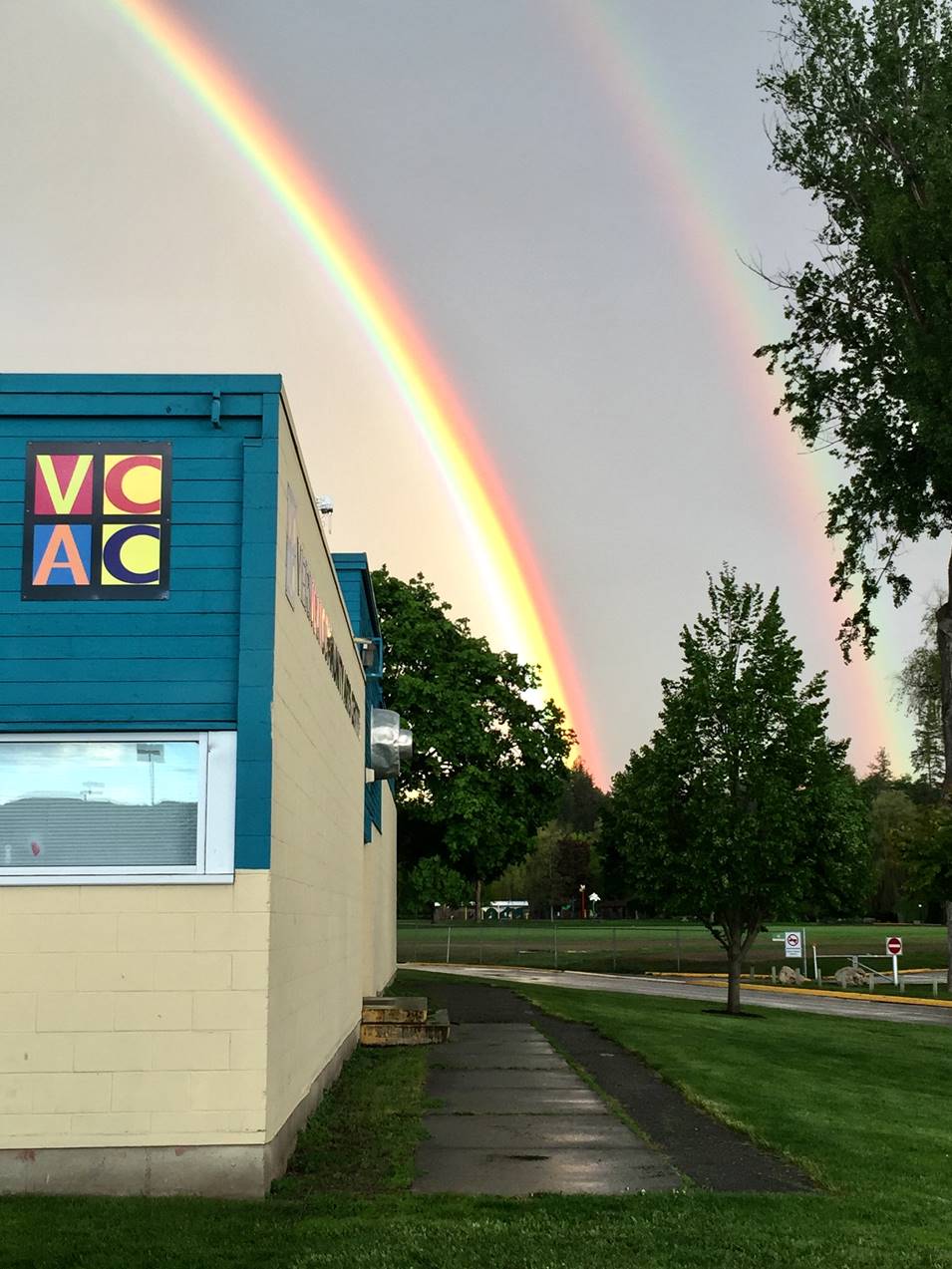 1976 – The VCAC moved into the Health Unit Building

1981- The VCAC moved into to the Boys and Girls

2000 – The VCAC moved into it’s current location in Polson Park, where it signed a 20-year operating agreement with Regional District of North Okanagan and City of Vernon. This lease has since been renewed.

2022- The Arts Centre celebrates 22 years in Polson Park and the Arts Council turns 52 years old. Another long-term lease with the RDNO has been renewed.

2022 – The Arts Centre has rebranded, with new signage and a new paint job on the exterior of the building. Many more exciting changes are happening inside.

The Arts Council of the North Okanagan is the Society behind the Centre – a not-for-profit organization and registered charity. The Society is dedicated to enriching arts and culture in Greater Vernon and surrounding areas. As an umbrella organization, ACNO serves more than 30 diverse member groups, over 3000 individual and family members, and delivers arts education through the Vernon Community Arts Centre.  The Society has two operational units, each with a different and distinct focus.

The Arts Centre (VCAC) – A facility offering arts education opportunities for people of all ages and abilities, and a showcase for local arts and artists

The Arts Council (ACNO) – Providing leadership for community development initiatives that promote public access to a range of artistic and cultural activities in our area. To learn more about the Arts Council of the North Okanagan, visit our website www.acno.ca.